As the industries of online video streaming (movies, television shows, viral videos) and online gaming continue to grow, so has the state complexity in taxing these services.  A 2020 report released by Deloitte referenced 2018 as the tipping point when more US consumers had video streaming services than traditional cable services. States do not want to miss out on this revenue, and they are scrambling to understand how they can increase the tax receipts from these services.

Indirect tax is a broad group of taxes that includes sales tax, gross receipts taxes, utility taxes, excises taxes, and much more. Traditional in-home cable services have been subject to several layers of these taxes in many states. However, states are facing a challenge when it comes to online streaming and video games. Many of these services have crossed over into competition with traditional cable providers, but are not subject to the same level of taxation. This is very familiar territory to mobile telephone service providers in the late-‘90s. As a result, states are looking to expand their definition of taxable services in order to apply a series of taxes to online streaming and possibly online video games. 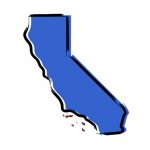 In general, California does not charge sales tax for digital products. The state has not enacted any statewide legislation regarding sales tax on streaming services. However, cities are allowed to impose a Utility Users Tax (UUT). UUT is a usage tax on communication, electric, and gas charges (Sec. 4.62.060 A Communication user tax). It includes ancillary telecommunication services, “services that are associated with or incidental to the provision, use, or enjoyment of telecommunications services.” Involving streaming services is a grey area since they are evaluated on a city-by-city basis. Thus, each city may determine whether a tax should be applied. Bill AB252 proposed that streaming services constitute an entertainment service and, therefore, should be a state matter and not subject to local utility taxes. However, it did not pass. It is still unclear if cities will apply the UUT to video game streaming. Many of the ordinances we reviewed do not intend to include the streaming of downloaded video games. 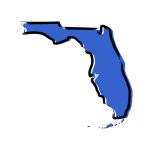 In Florida, online streaming is not subject to state & local sales tax but is subject to the Communications services tax (CST). The CST has a state and local component, and the definition includes “video and music streaming.” Amazon has clarified that Florida also includes the downloading of video content within its definition of video streaming. It is unclear if Florida intends to tax online or downloadable video games. Florida currently exempts electronically downloaded software. 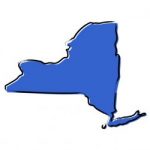 The sale of electronically delivered videos through the internet are not subject to NYS sales tax. This type of sale is considered an intangible. Under Tax Law 1105(a)(A),  intangibles include videos that are downloaded from the internet and considered not taxable. “The popular website Hulu is an example of a site that provides a large variety of streaming television programming.”  However, New York takes a different position for online video games. New York treats these services in the same manner as the sale of software, taxing both downloaded and streaming video game services. 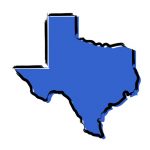 Texas has issued several Private Letter Rulings stating that both online streaming and online video games are subject to sales & use tax. The state’s position regarding the online streaming of video is to include it under the definition of taxable cable television services. In contrast, online video gaming falls under taxable amusement services. Texas is one of a handful of states that clearly defines and taxes both services. 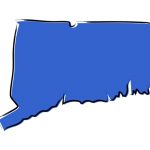 Connecticut taxes many digital goods broadly. Before October 1, 2019, the majority of digital goods, including streaming video and video games, were subject to the reduced sales tax rate of 1%. Effective October 1, 2019, online streaming services are now taxable at the full state rate of 6.35% and defined as tangible personal property. Also, as of October 1, 2019, online and downloadable video games are taxed as canned or prewritten software and taxable at the full state rate of 6.35%. Both changes only apply to the personal use of these services, while the business use remains taxed at 1%.

How To Source Online Streaming and Video Game Services

Traditionally, companies would use the location of the purchase or the consumer’s address where the items were shipped. However, this designation is no longer that simple. Some companies have no location information on the consumer due to purchases made with virtual money. In other scenarios, a consumer might be traveling from their home in one state, and streaming in their hotel room in another.

The Digital Goods and Services Fairness Act of 2019 aims to resolve some of these issues. This federal legislation would require states to use the consumer’s home address to apply their transaction taxes. The act would also look to fairly tax digital goods in the same manner as tangible goods concerning rates. In the late ‘90s, the cell phone industry successfully lobbied for the federal government to intervene in a similar case with the Mobile Telecommunications Sourcing Act. As a result, it created a primary place of use concepts for states to apply to their transactional taxes.

In 2018, Texas was the first state to issue a Private Letter Ruling on the use of Internet Protocol (IP) addresses with regards to sourcing of receipts for sales tax. Private Letter Ruling No. 2017010107 states that a “taxpayer may use the Registration IP address associated with a physical address in Texas in place of the purchaser’s business or residential address as outlined in Rule 3.344(b)(13) and (h)(6).” Texas compared the current environment to that of the mobile phone environment in the late ‘90s.

If you have any questions regarding the taxability of your online video and video game streaming services please contact us at info@pmba.com