On September 27th, President Trump and Republican leaders in Congress announced a new conceptual framework for tax reform which they optimistically hope to get enacted into law on or before December 31st of 2017. The proposed conceptual framework broadly describes significant tax law changes affecting both individuals and businesses alike ranging from lower tax rates for individuals and businesses to the repeal of many tax incentives – both deductions and credits. President Trump stated “it is now time for all members of Congress – Democrat, Republican, and Independent – to support pro-American tax reform. It’s time for Congress to provide a level playing field for our workers, to bring American companies back home, to attract new companies and businesses to our country, and to put more money into the pockets of everyday hardworking people.”

Just some of the many goals of the Trump Tax Reform Plan include, but are certainly not limited to:

The subsequent synopsis details a number of proposed tax law changes under the Trump Tax Reform Plan affecting individuals and businesses alike including, but not limited to:

The Tax Impact on Individuals

The Tax Impact on Businesses 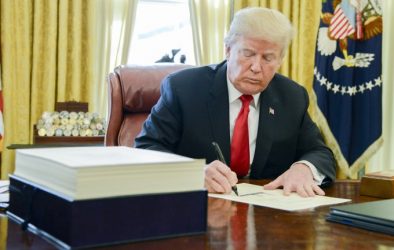 The Trump Tax Reform Plan sets forth a conceptual framework seeking to accomplish a series of policy changes designed to stimulate growth, support middle-class families, create jobs and level the playing field for small businesses and American workers overall. The plan also removes incentives to send jobs and capital overseas and broadens the tax base to provide greater fairness for all Americans. President Trump stated, “for several months, my administration has been working closely with Congress to develop a framework for tax reform—over the next few months the House and Senate will build on this framework”.

It should be duly noted that the tax-writing committees (i.e., the House Ways and Means Committee and the Senate Finance Committee) are now tasked with writing tax reform legislation in the coming weeks. As a caveat, both the House of Representatives and the Senate must still compromise and present President Trump with a unified bill before any tax reform can be signed into law which may prove to be overly ambitious to be accomplished before December 31, 2017.