For the past three months, the Supreme Court has been listening to arguments regarding South Dakota v. Wayfair, Inc. On Thursday, June 21st, 2018 the Supreme court ruled in favor of South Dakota allowing states to collect sales tax from online retailers, effectively reversing a decision the Court made in 1992. In North Dakota v. Quill Corp., 504 U.S. 298 (1992), the Supreme Court ruled that businesses did not have to collect sales & use tax in a state where they did not have a physical nexus. The decision prevented states from collecting sales tax on e-commerce sales unless the business had nexus within the state. While writing the prevailing decision, Justice Anthony Kennedy wrote that the Quill decision represented “a judicially created tax shelter for businesses that decide to limit their physical presence and still sell their goods and services to a state’s consumers.” He was joined by Justices Clarence Thomas, Ruth Bader Ginsburg, Samuel Alito and Neil Gorsuch, while Chief Justice John Roberts and Justices Stephen Breyer, Sonia Sotomayor and Elena Kagan dissented.

For many years states have grumbled over Quill, but little was done to overturn the consumer-friendly legislation. However, with the explosion of online retailing over the past 15 years, billions in sales tax revenue has been lost and the states have increasingly organized their efforts to tax these sales.  To date 31 of the 45 states that collect sales tax have made changes to their sales tax laws to allow for the taxation of online sales. States have either expanded the definition of nexus to include businesses that have an affiliate or subsidiary relationship with an in-state counterpart (i.e. click-through nexus), ignored the physical nexus requirements by applying economic nexus standards, or implemented a law similar to South Dakota. Below is a chart which highlights many of the recent laws and their threshold requirements: 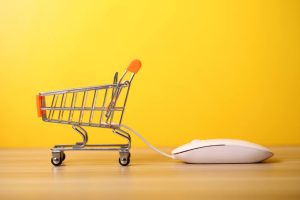 As a result of the ruling on Thursday, states are expected to push for additional changes in their tax laws to target online sales.  Consumers are now spending $500 billion on online shopping and this number is expected to grow exponentially. If taxed, these sales could generate anywhere from $8 billion to $26 billion in revenue for state and local governments. Currently at least nine states, Georgia, Hawaii, Idaho, Iowa, Kansas, Nebraska, New Mexico, New York and Oklahoma, have bills in legislature targeting online sales.

This ruling will likely impact smaller businesses disproportionately since most large e-tailers (i.e. Amazon) are already compliant in most states. Each of the 45 states that impose sales taxes have their own nuances as to what is taxable and what is not. When factoring in the various local rates there are (at last count) over 12,000 sales & use tax jurisdictions.  Although there now exists many software products to assist companies in becoming compliant with their sales & use tax requirements, businesses should consult with their tax professional for additional guidance.  Particularly, since most states have determined that an officer, director, manager or employee who has a duty to comply with the requirements of the sales tax law can be held personally liable.

Find Out Everything You Need to Know and Catch Up on the Latest News on South Dakota v. Wayfair